Note: "The Cosmic Axis Theorem" and "Cosmism" are interchangeable terms meaning the same thing. Not to be confused with "Russian cosmism".

In Science Cosmism includes: Plasma physics, the Electric universe theory, Planets and other large bodies, including Earth, encountering each other. It also includes catastrophism, geology, archaeology, and psychology, among others.

In Religion it includes: The Restored Gospel, Comparative religion, Prophecy, Visions, Miracles, Revelation, among others.

Cosmism can be described in a more general way as a scientific, Theological, and Historical model of a correct knowledge that answers questions as well as questions all answers reguarding the nature and history of God, Man, and the Universe in order to increase our understanding.

This model is assembled through impartial research, study, and exploration of multiple philosophies and sciences. The building blocks of this model primarily consist of 1. Psychology & Paradigm shifts, 2. Plasma cosmology, 3. Comparative mythology, 4. The restored gospel through Joseph Smith, 5. Philosophy & Tradition, 6. Ancient Cosmological history & Catastrophism, 7. Symbolism & Imagery, and 8. Comparative religion. It is a fundamental challenge regarding the lack of intellectual responsibility of ALL the world's religions and their theologies and also to much of the modern theory of mainstream science.

A secondary goal of Cosmism: To answer the following questions: Where did we come from? How did we get here? Why are we here? Where are we going?

Mission: To bridge four general disciplines of Knowledge, creating an impartial synergy between them that exponentially benefits all four, in order to progress past the huge hodgepodge of modern mythology shoved down our throats by our religious and scientific institutions.

These 4 disciplines are:
Philosophy: Man's Paradigms, Principles, Philosophies, and Traditions;

This site's layout and organization explained:

Each topic has 12 chapters, except the 8th topic, Revelation, which has 8 chapters for a total of 92 chapters.

Each chapter is kept to 12 pages or less for simplicity sake.

An excerpt from Anthony E. Larson's blog that applies here...

Reading the essays on this blog may be detrimental to your view of the past, present and future. The ideas presented within are, in some ways, a departure from current, mainstream LDS thought. 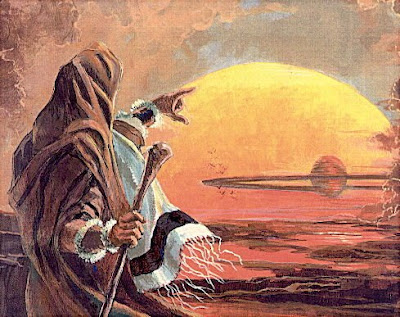 But, you should also know that there is nothing presented here that is contrary to the Restored Gospel and the words of our modern-day prophets. In fact, this author’s theories rely heavily upon the revealed wisdom that came to Joseph Smith in the Restoration.

However, you will discover that you’ve not heard these concepts presented in General Conference recently or by your Gospel Doctrine instructor. They will seem somewhat unfamiliar and a bit unusual. Yet, I urge you to suspend judgment initially, because they can be of inestimable value in your quest to embrace the fullness of the gospel.

Additionally, these are expansive topics that can be hard to get your mind around. It takes time and effort to absorb them and assimilate them into your worldview. They range from astronomy to prophecy, from geology to gospel doctrine, from science to religion.

But, if you will make the effort, you will be amply rewarded. Most certainly, it will augment your comprehension of the Restoration and the Prophet Joseph Smith and your testimony and conviction of the Restored Gospel. It will also give you a unified system for interpreting the symbolism of the scriptures as a whole and prophecy in particular. Lastly, but most importantly, it will provide a basis for understanding latter-day temple iconography and ritual — something hard to find anywhere in the church.

If you have an inquiring mind and a thirst for truth, I recommend this material to you.

A good starter to understanding cosmism is this series by the Thunderbolts project called "Discourses of an alien sky":

For a deeper understanding of cosmism, here is David Talbott's "Symbols of an Alien Sky"...

And some added artwork for the fun of it...